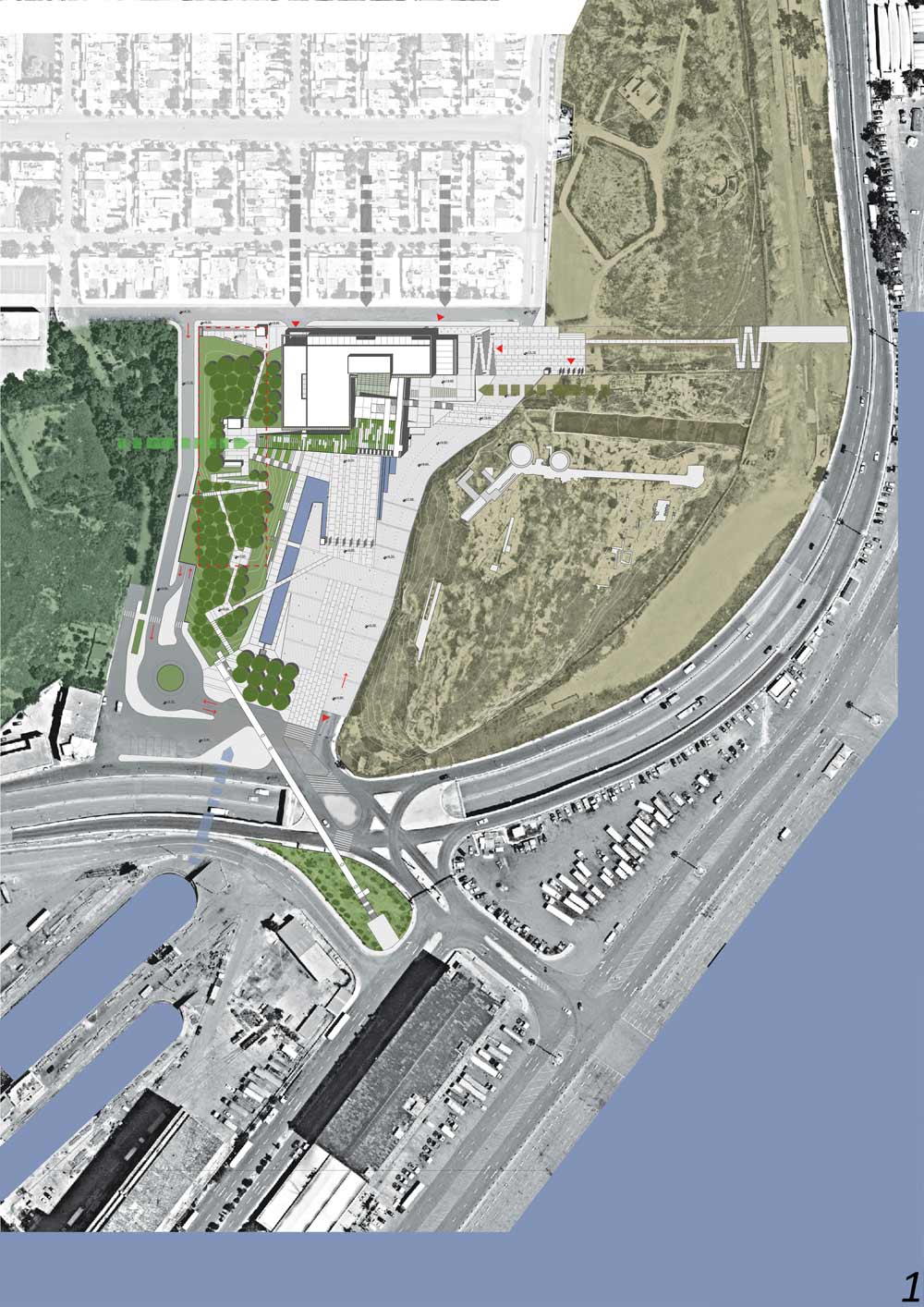 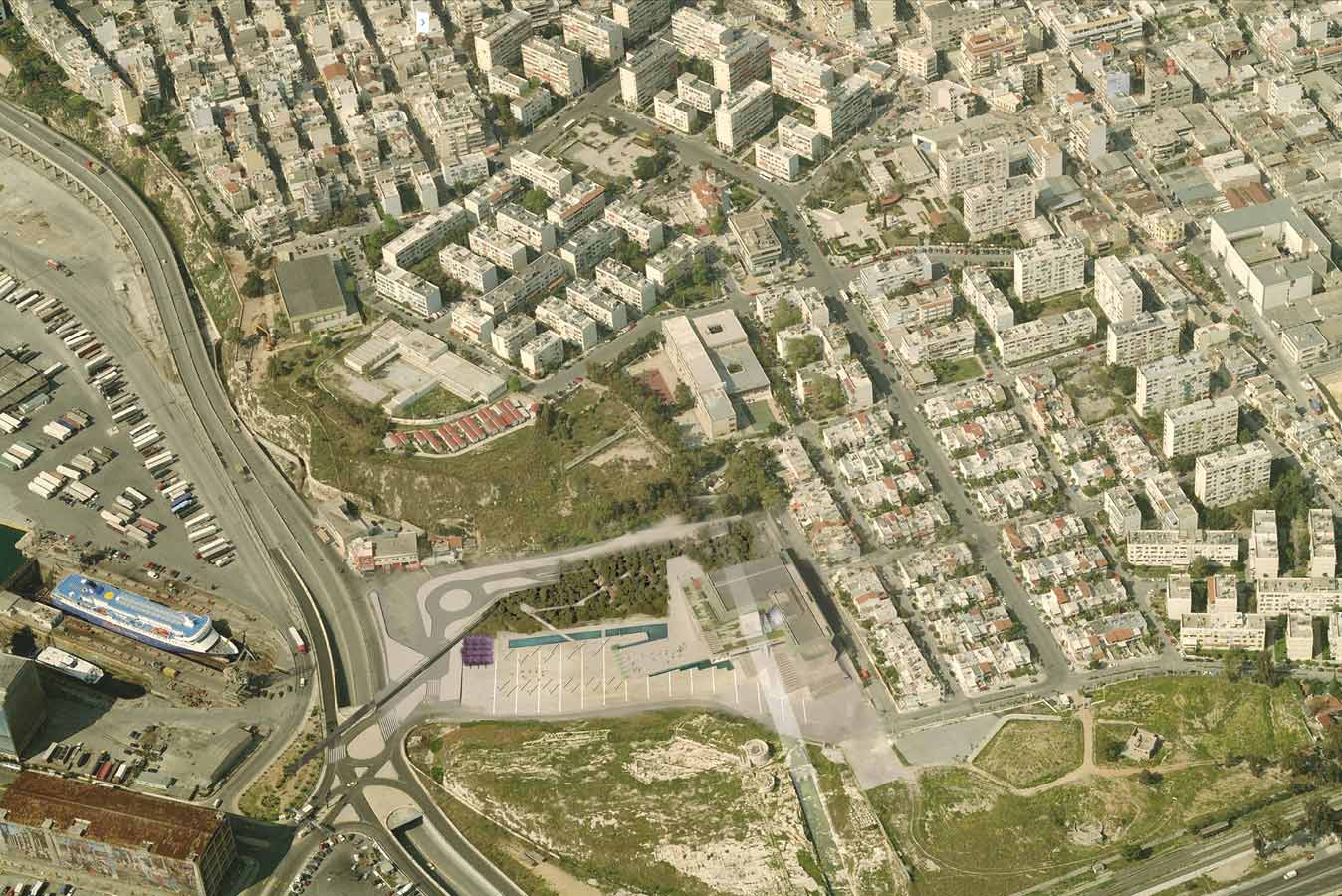 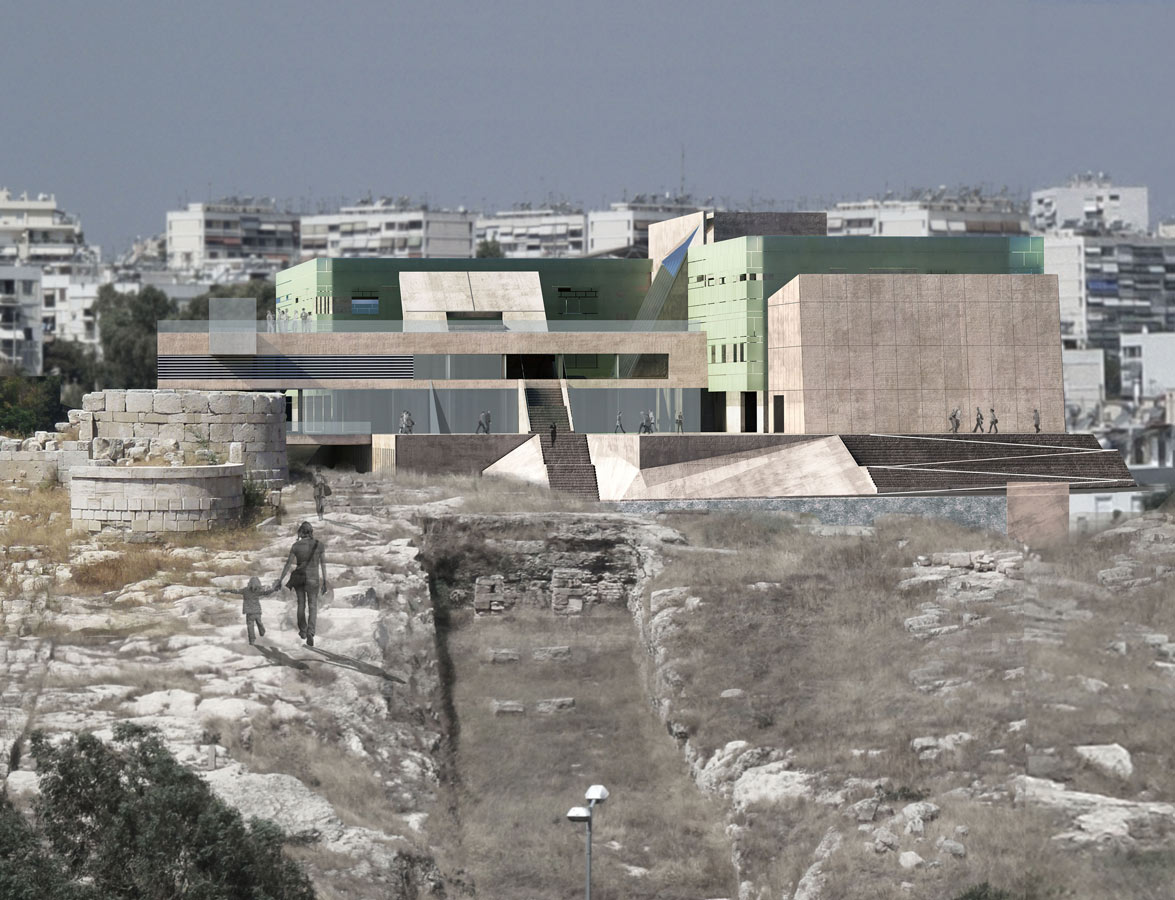 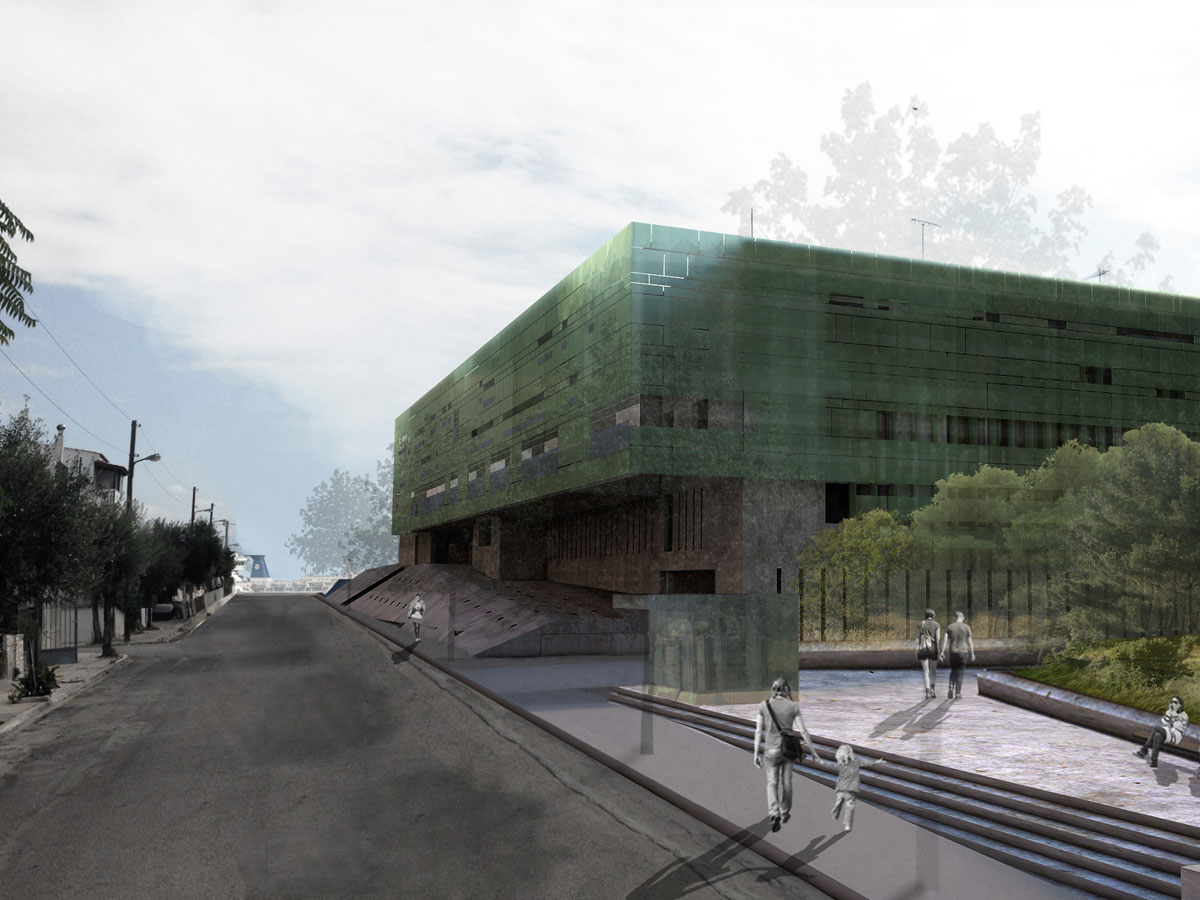 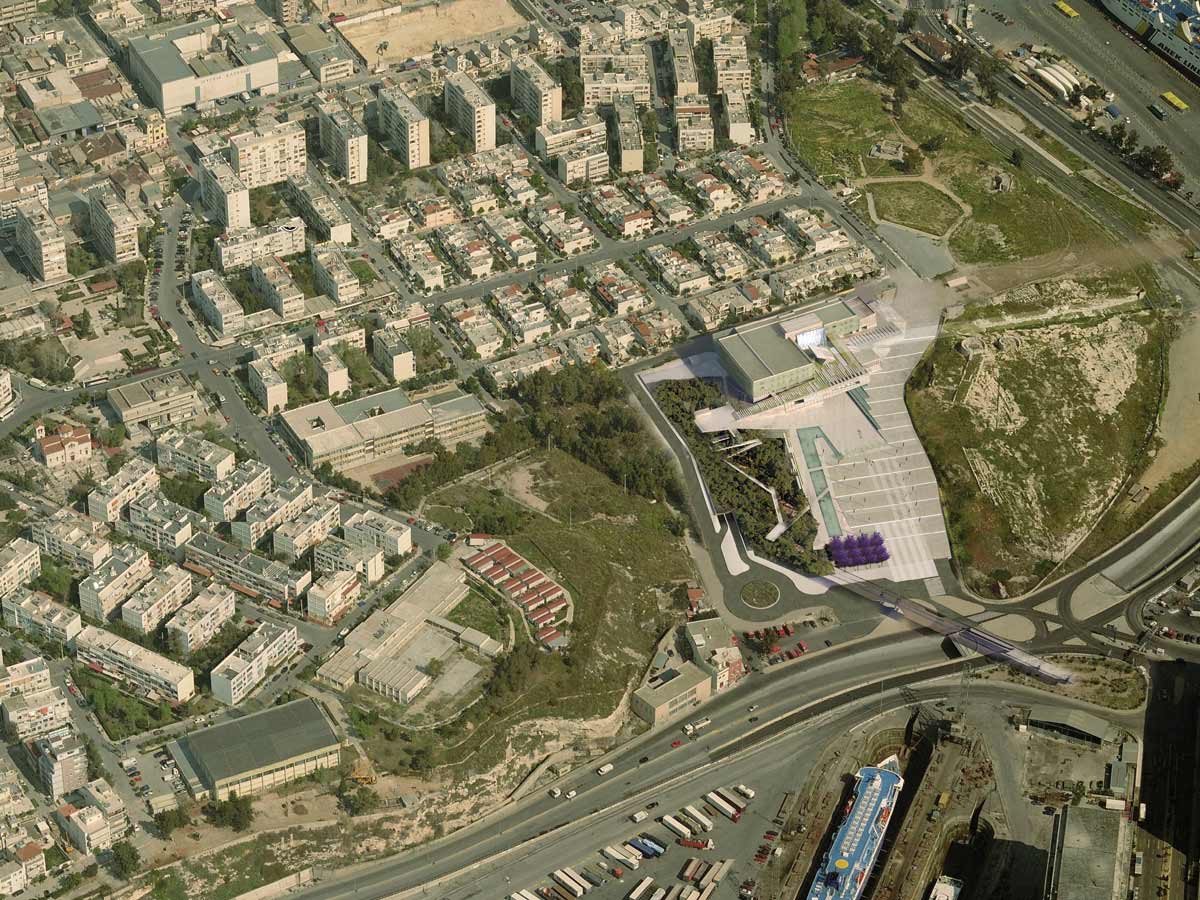 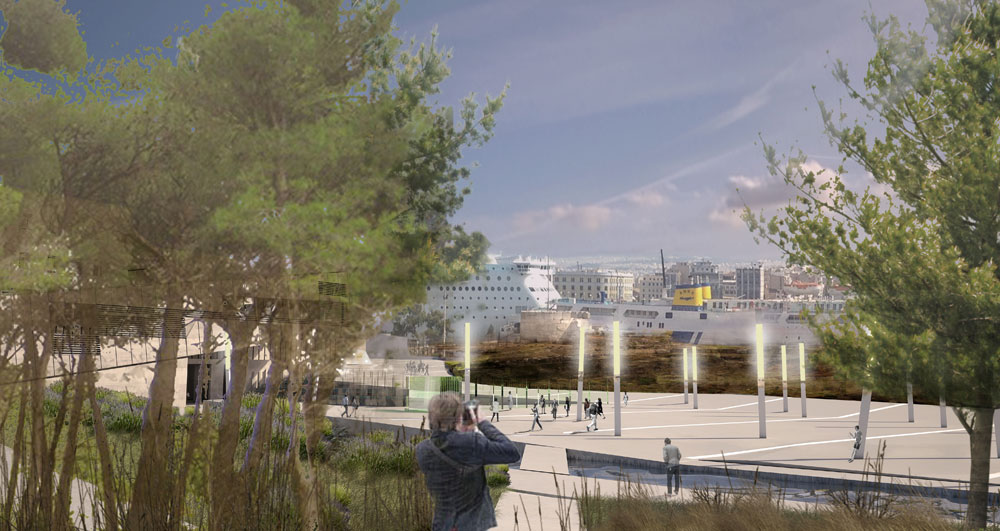 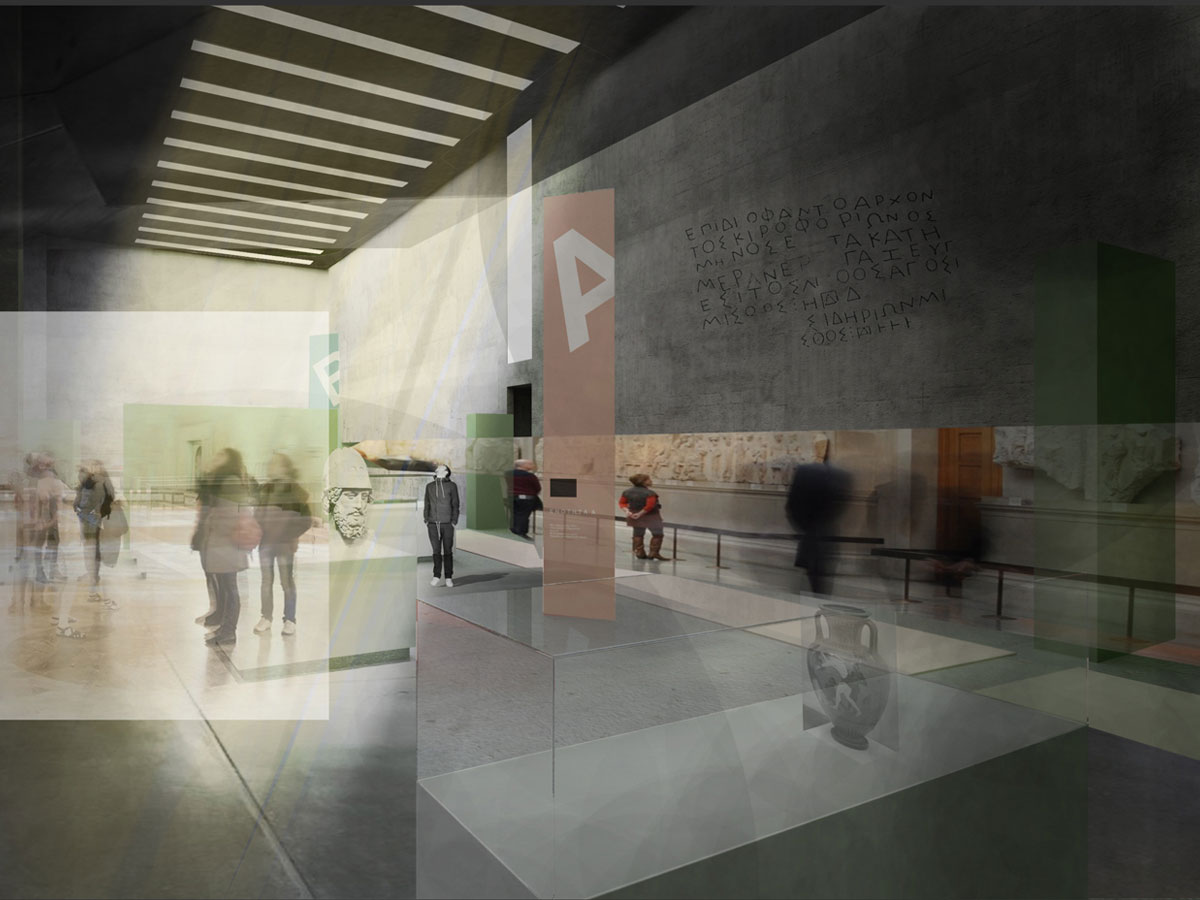 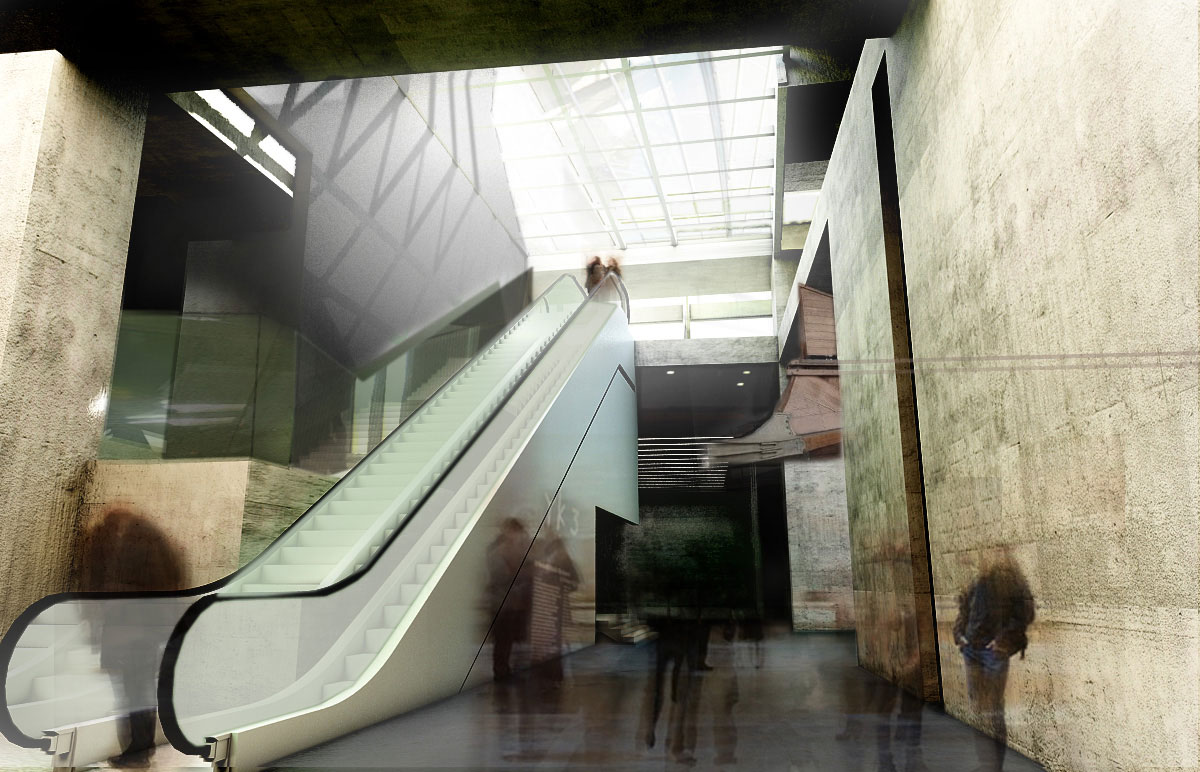 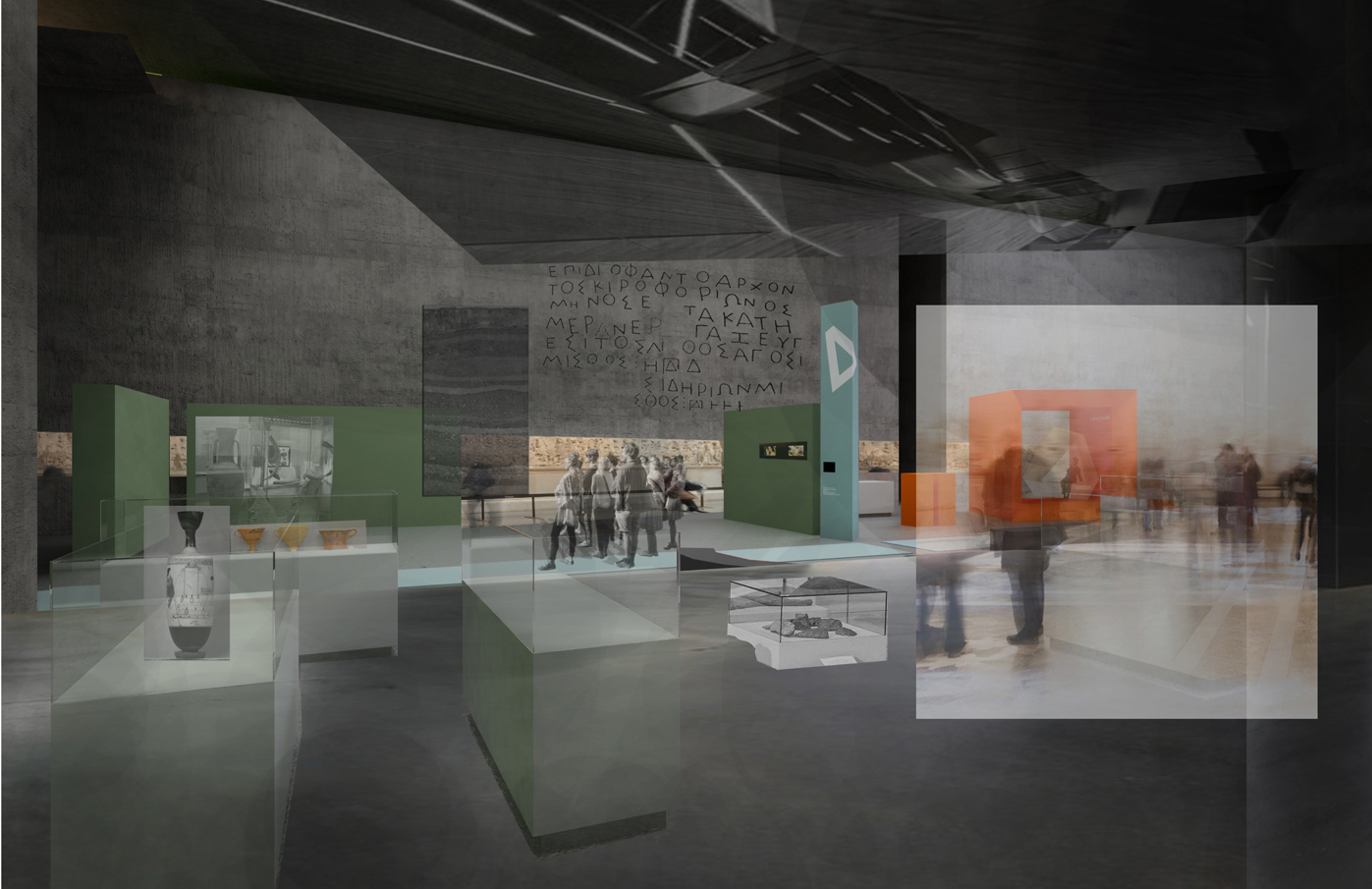 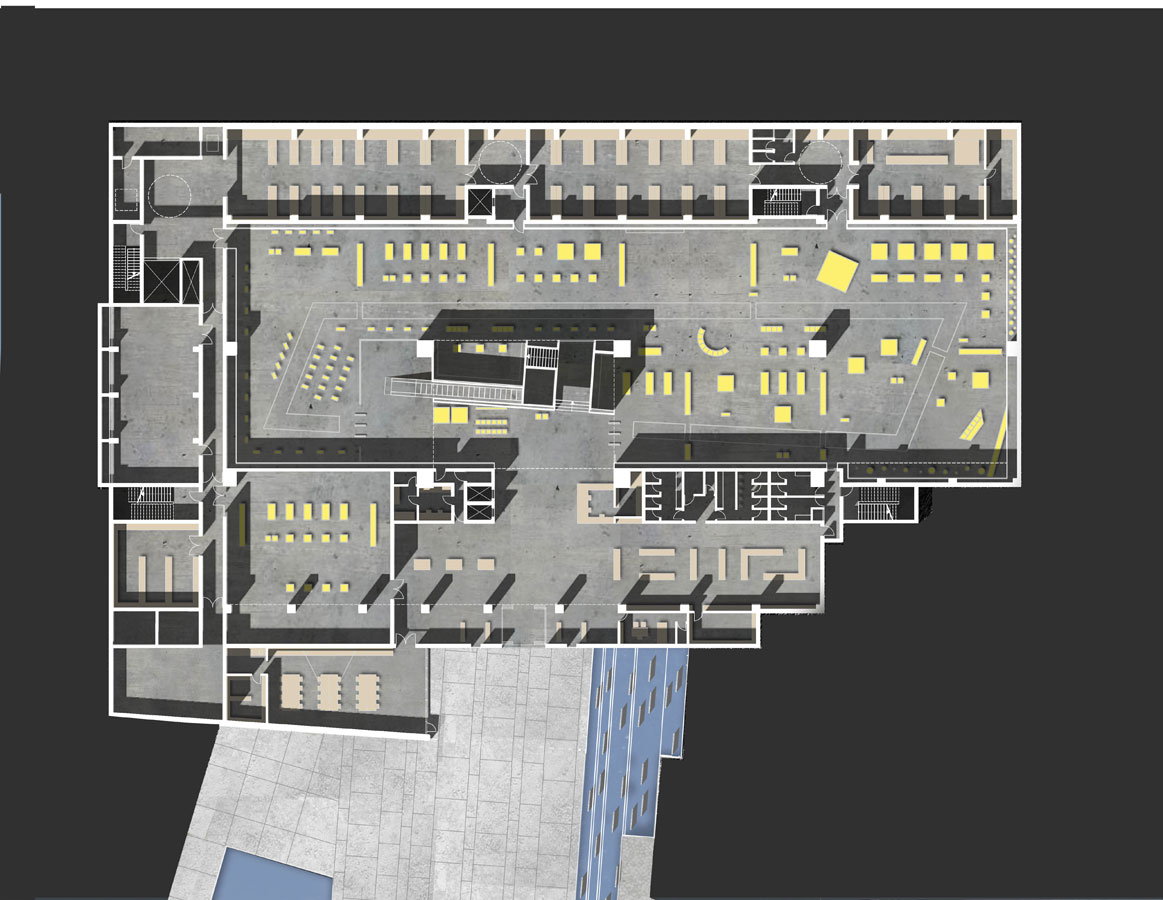 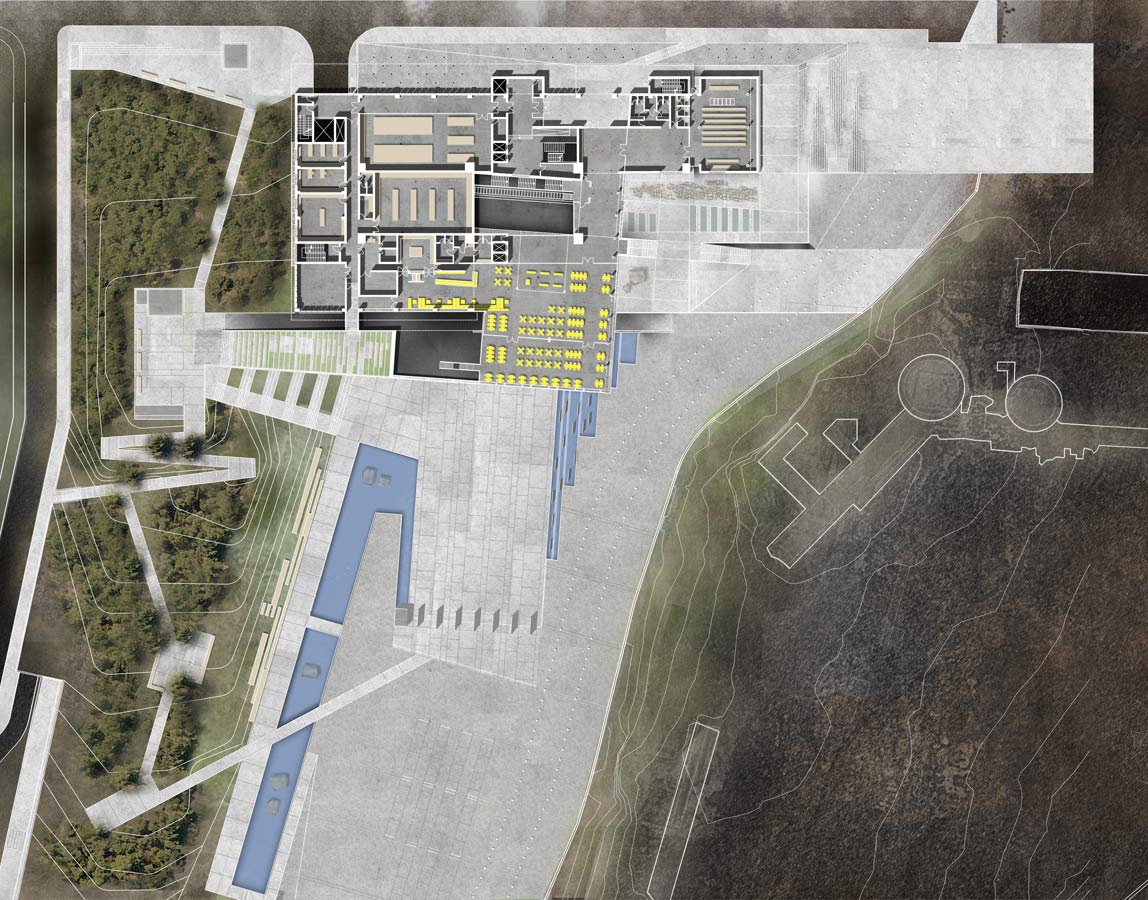 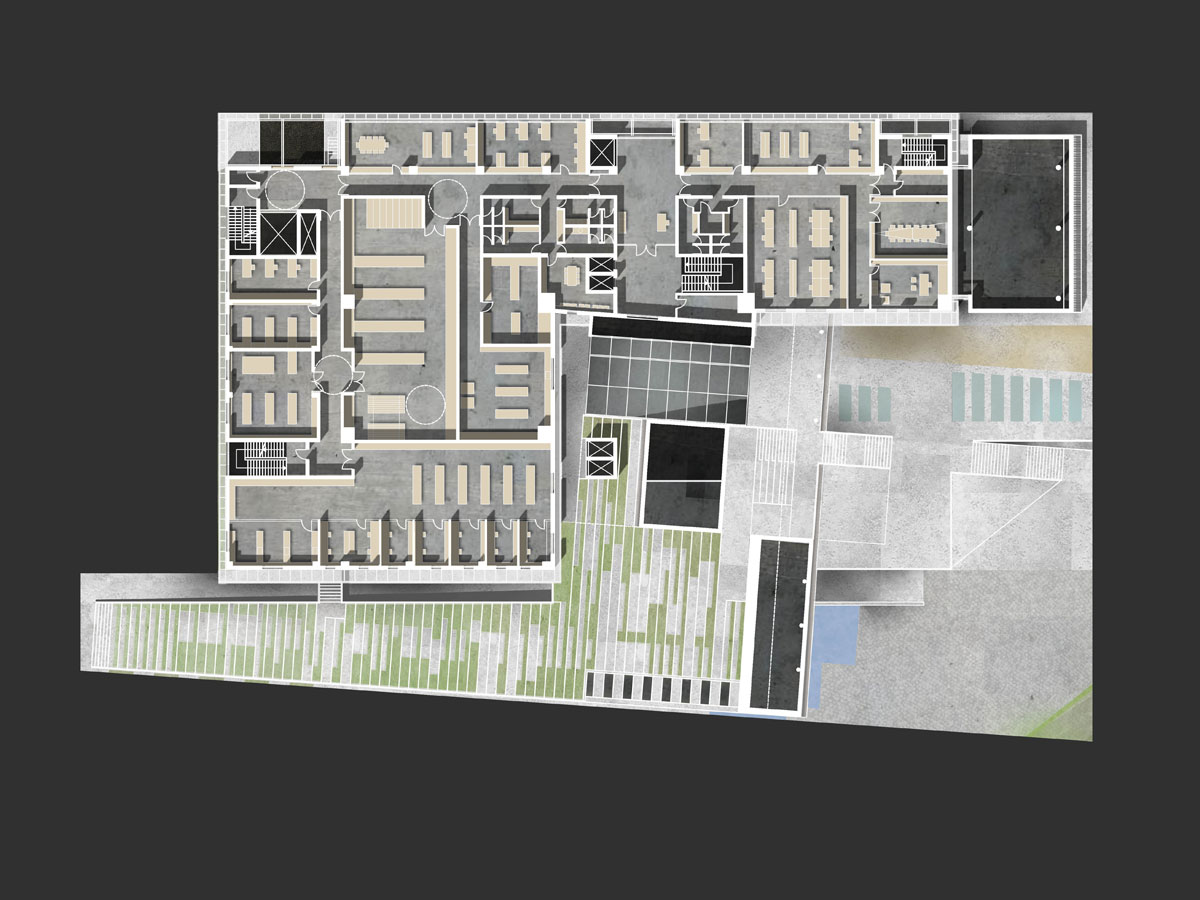 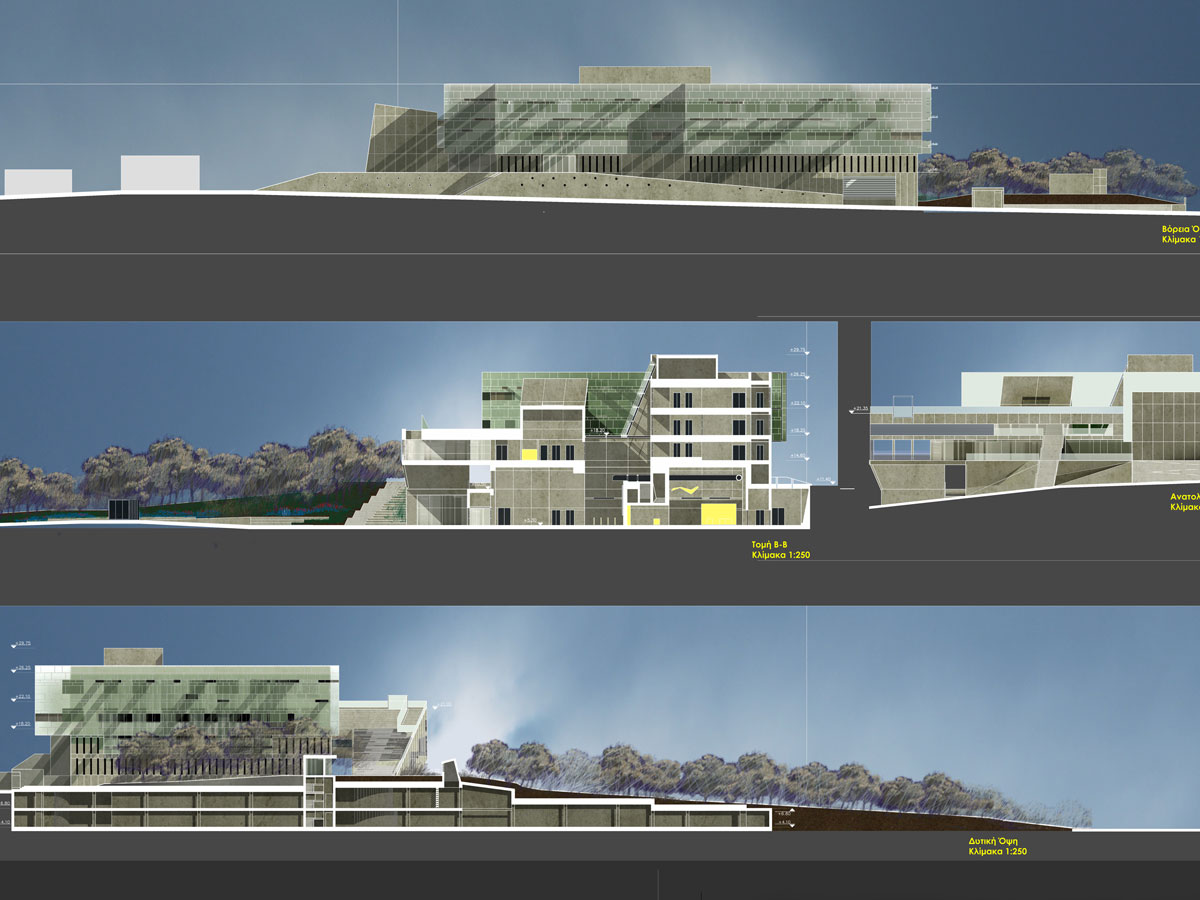 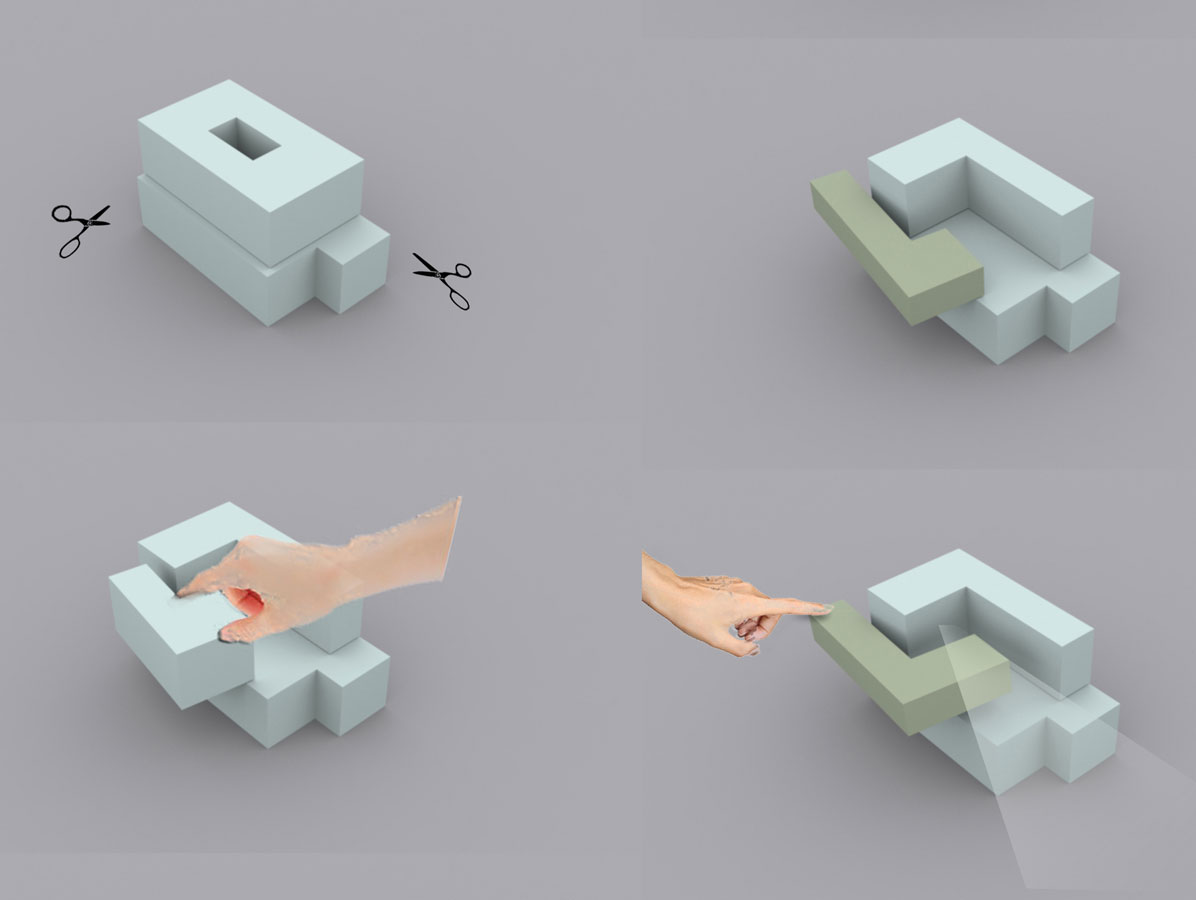 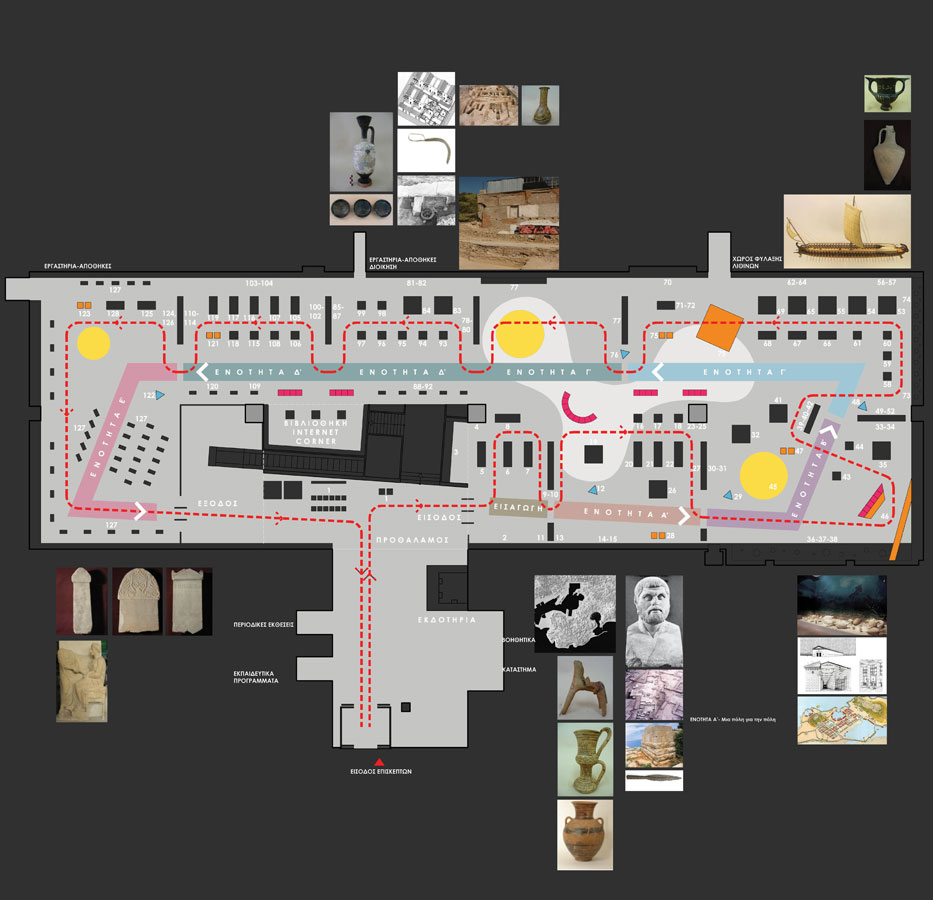 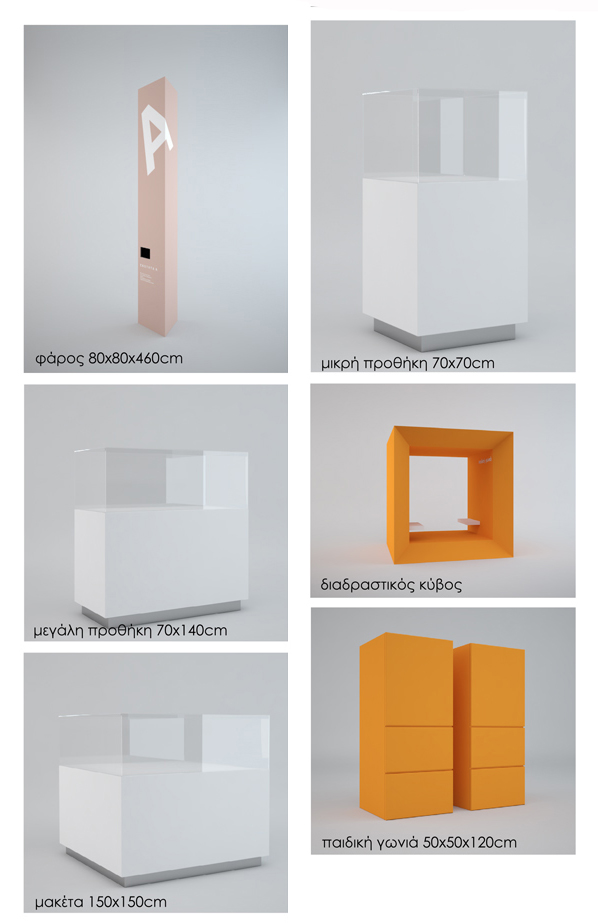 The desired interactive coexistence of the archaeological site and the Museum made active intervention on the existing building a necessity. The Museum opens up to the archaeological site and “bows” upon it with a symbolic gesture of courtesy that provides orientation. This is achieved by carefully removing a portion of the southeastern corner of the existing building and the simultaneous articulation of an aboveground square. The new Archaeological Thematic Museum of Piraeus becomes a node which reflects the influence of four different conditions of its context: The City from the north side comes to add mass to existing building volume and to organize north and west elevations to a distinct modern volume with identity. The Park on the roof of the underground parking structure from the west diffuses its green to the new elevated square, as an extension of it, in a higher level observing the archaeological site and the harbor. The presence of water is linking the Museum with the opposite museum site and the sea, accentuating the course towards the entrance. Finally, the integration with the archaeological site from the east through the new physiognomy of Kanari street, the landscaped entry square and the outdoor exhibits, is the fourth pole of the Museum as a central point of reference in the area. The new Museum becomes the recipient of the city residents’ free time, not only as an exhibition space, but also as a free, public, recreational space. The imposing height of the main Museum in conjunction with the proposed increase of natural light from the ceiling and the closed perimeter is creating a dramatic exhibition space, a great “excavation” in which the visitor is surrounded by the exhibits. The dominant position of the volume on the hill is only asking for a distinct physical substance in the day and lighting transparency at night. Hanging transparent and milky perforated glass elevations are making the building distinct in the day and a self-lit landmark at night. The rest of the materials are light and earthy, satisfying the sense of permanence.