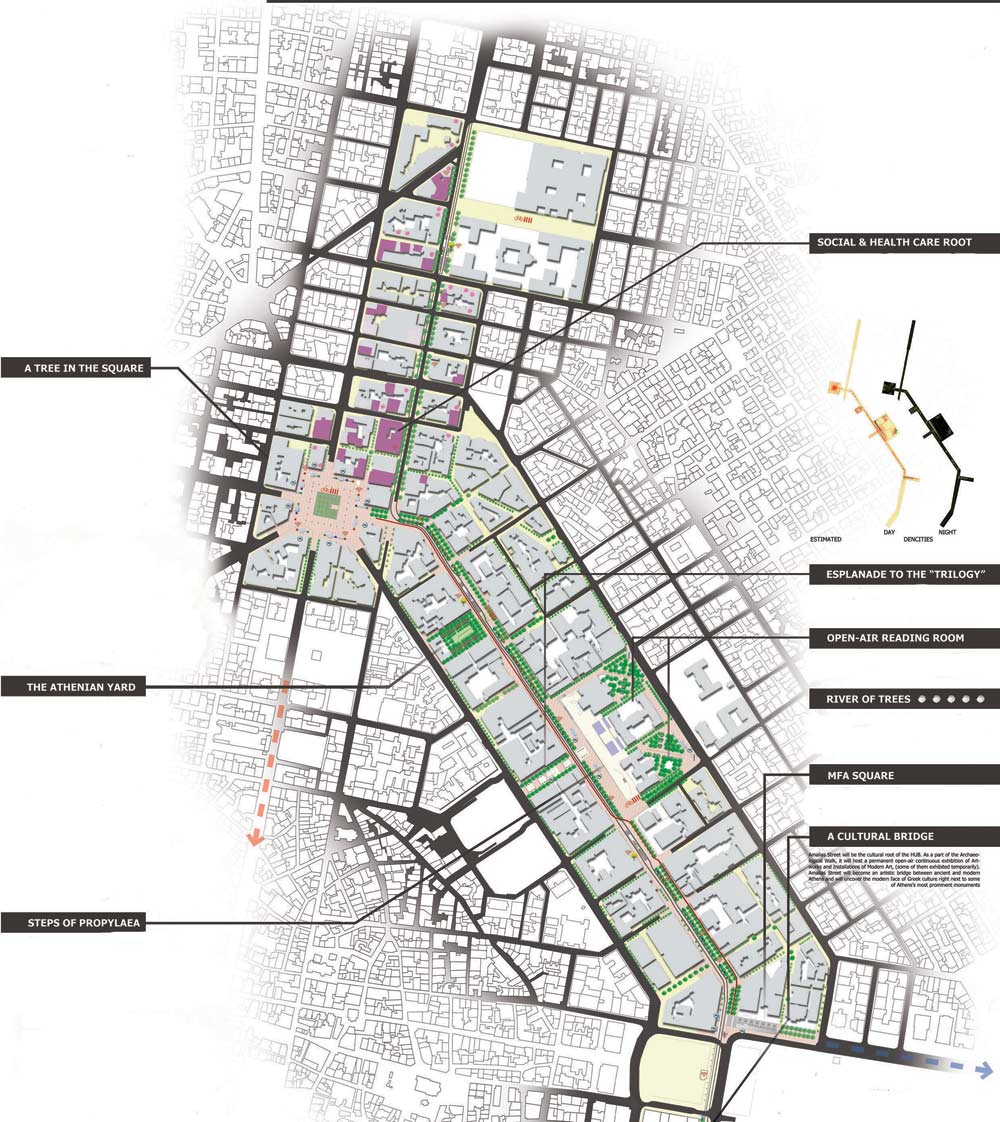 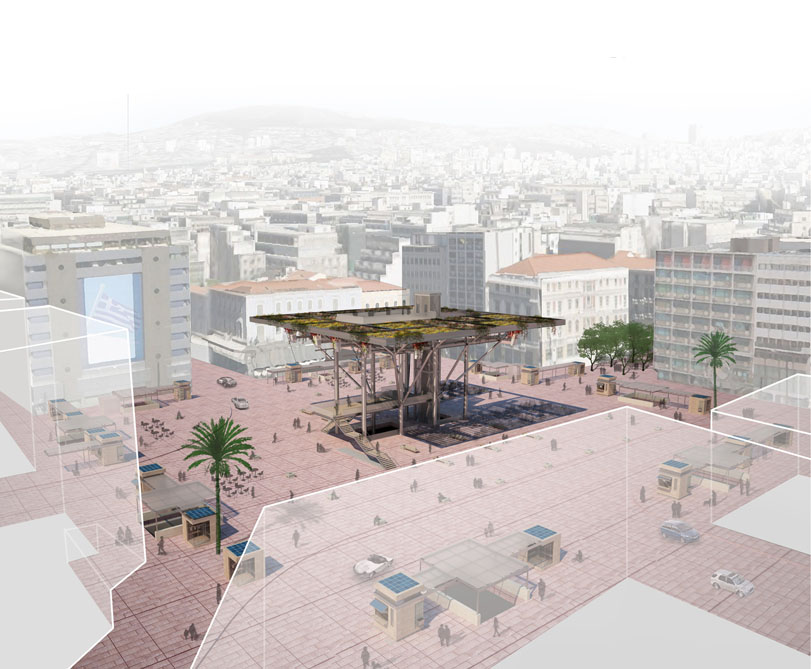 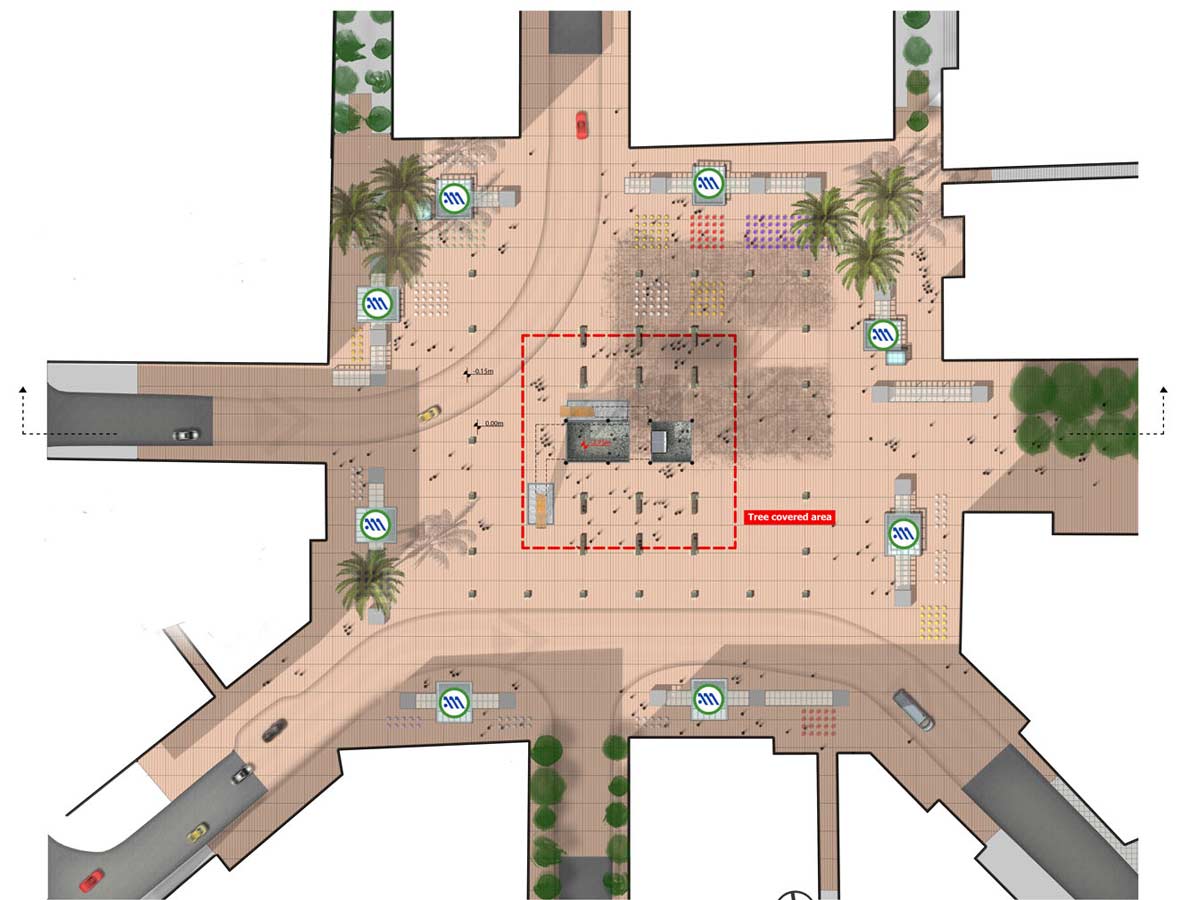 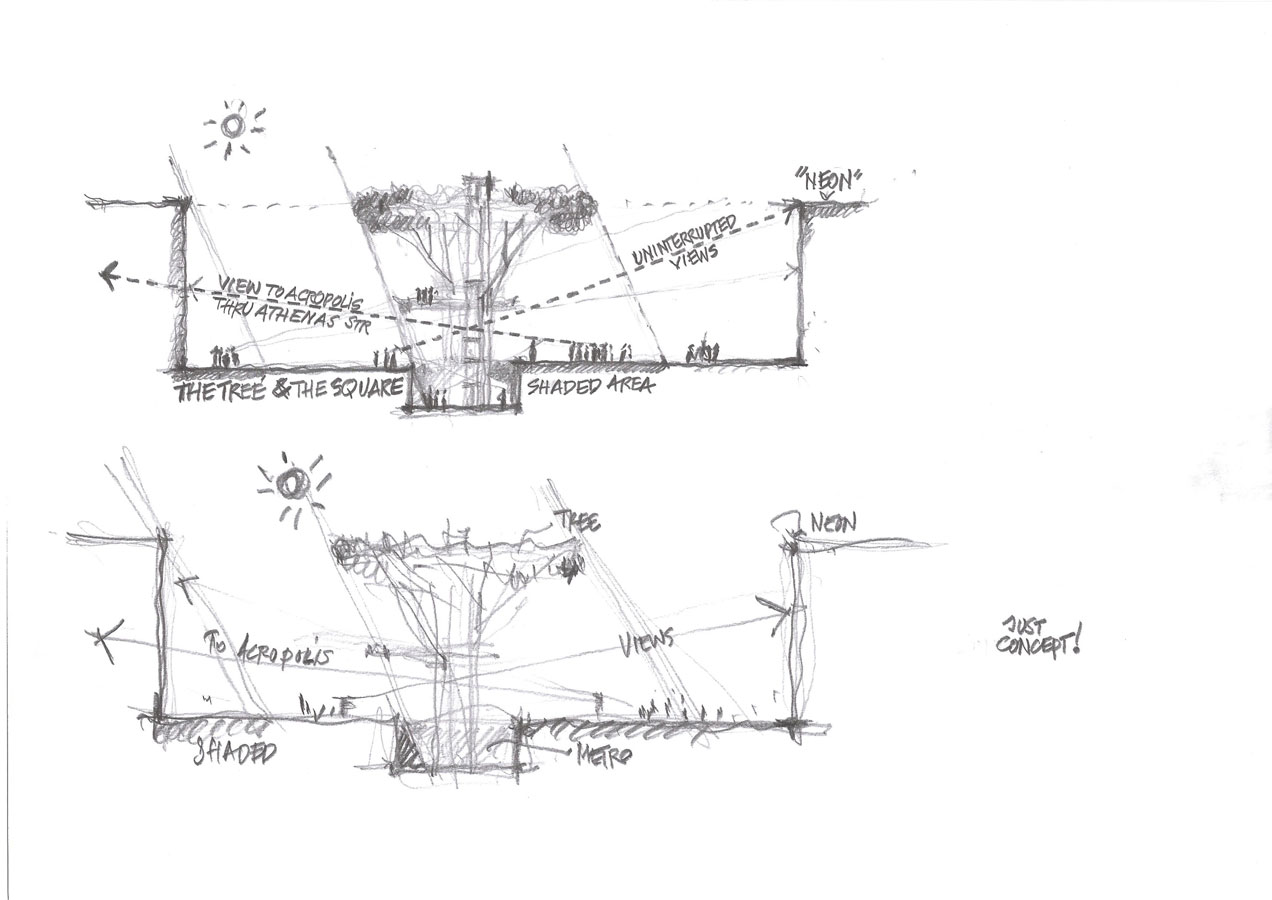 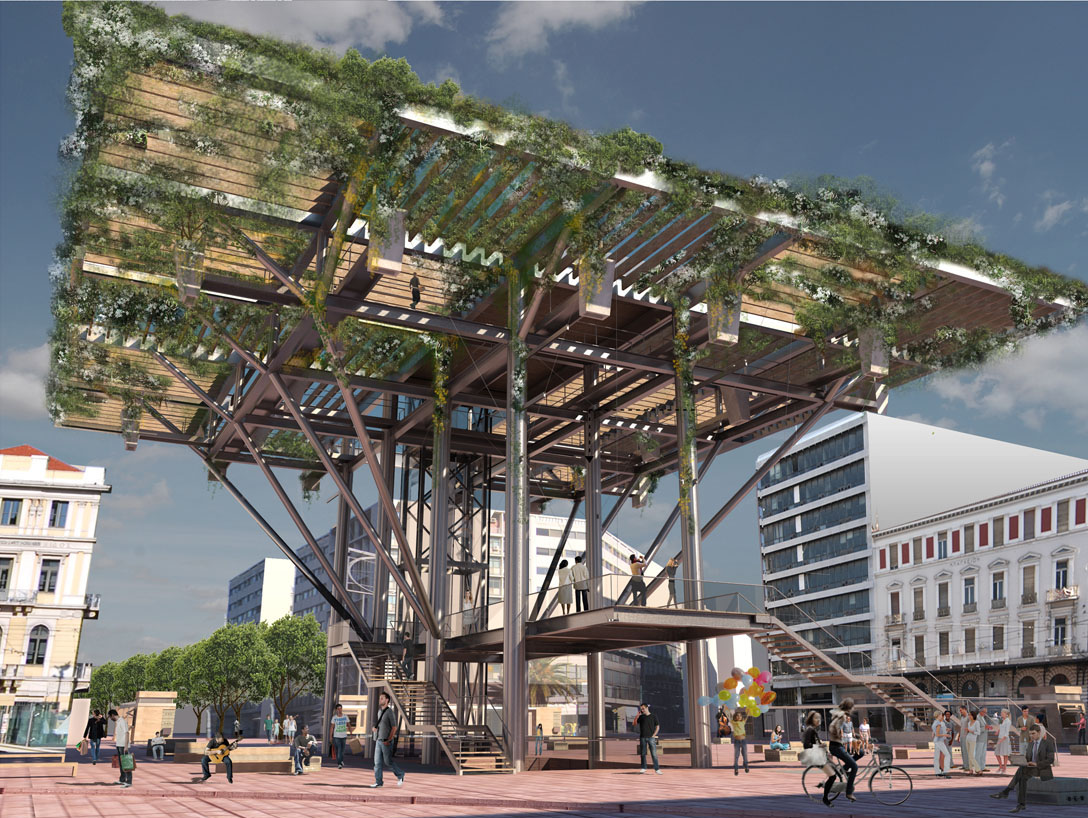 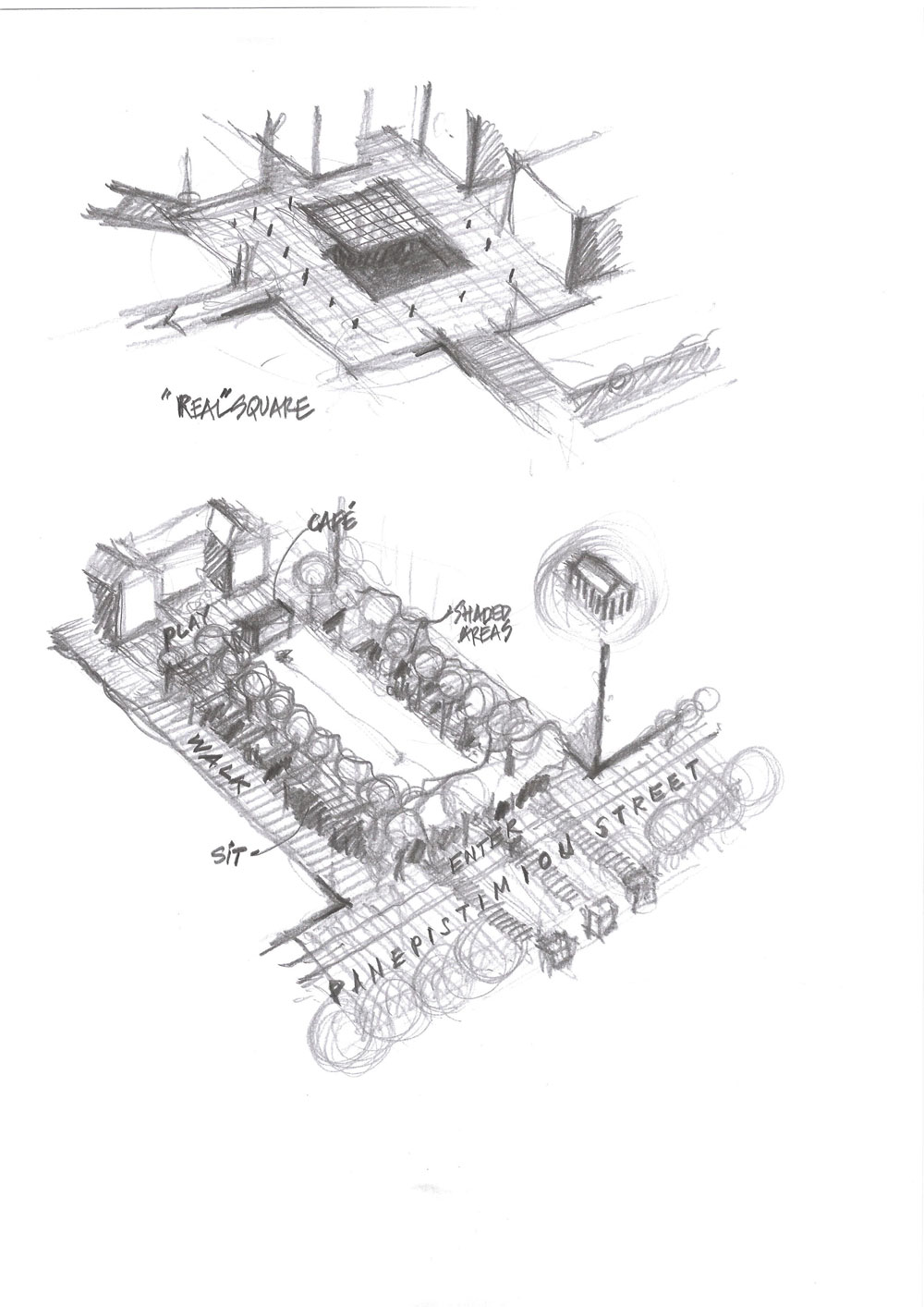 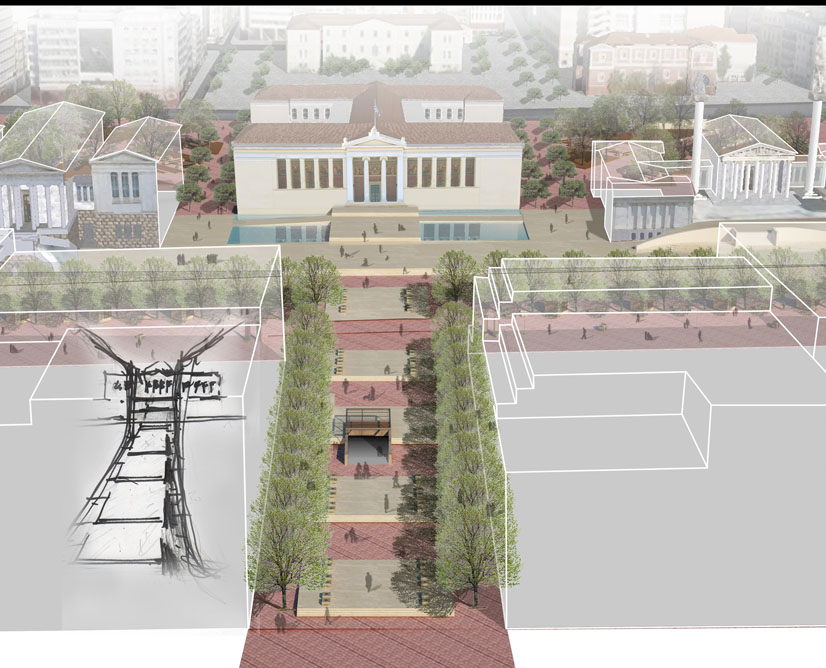 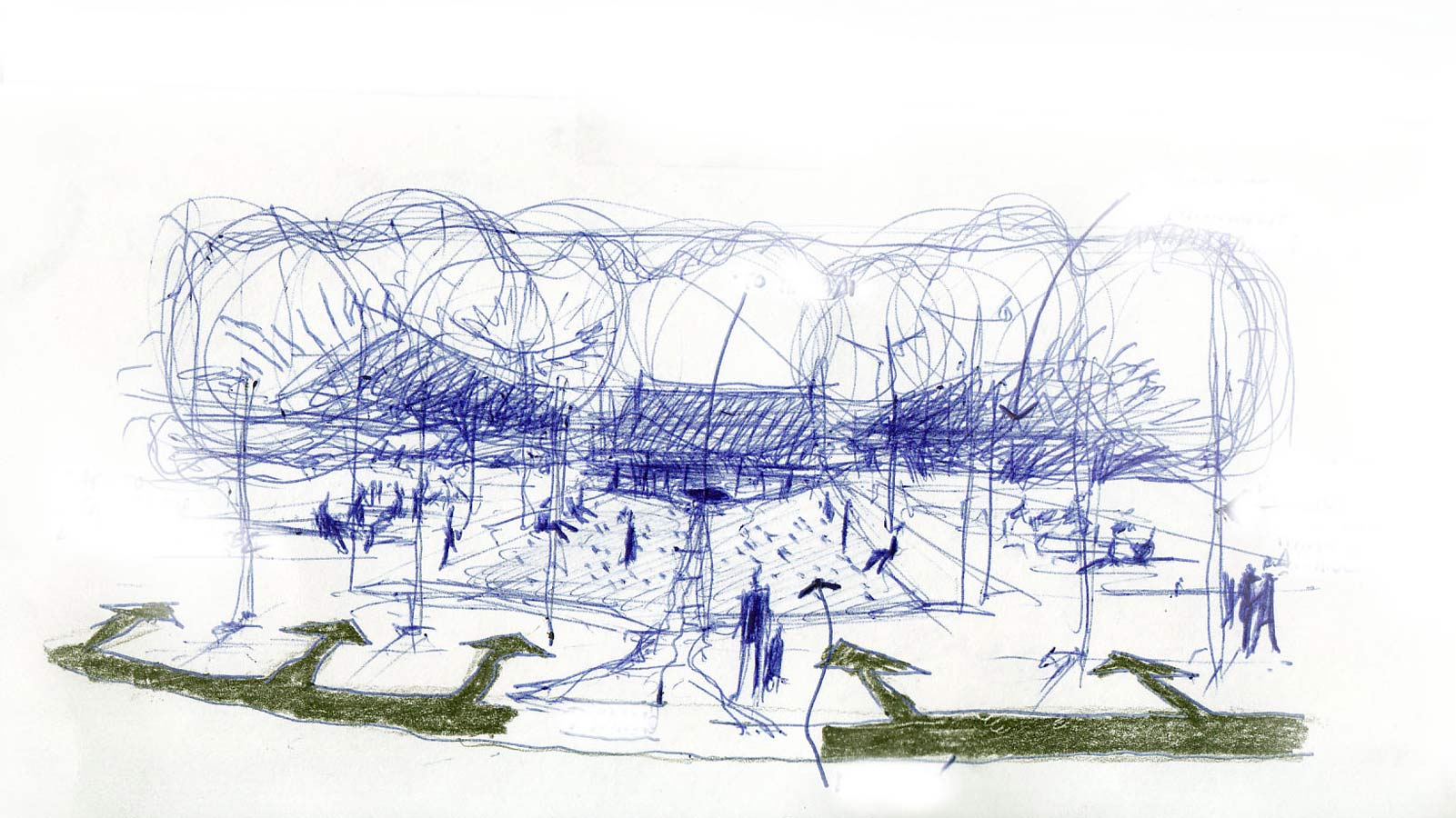 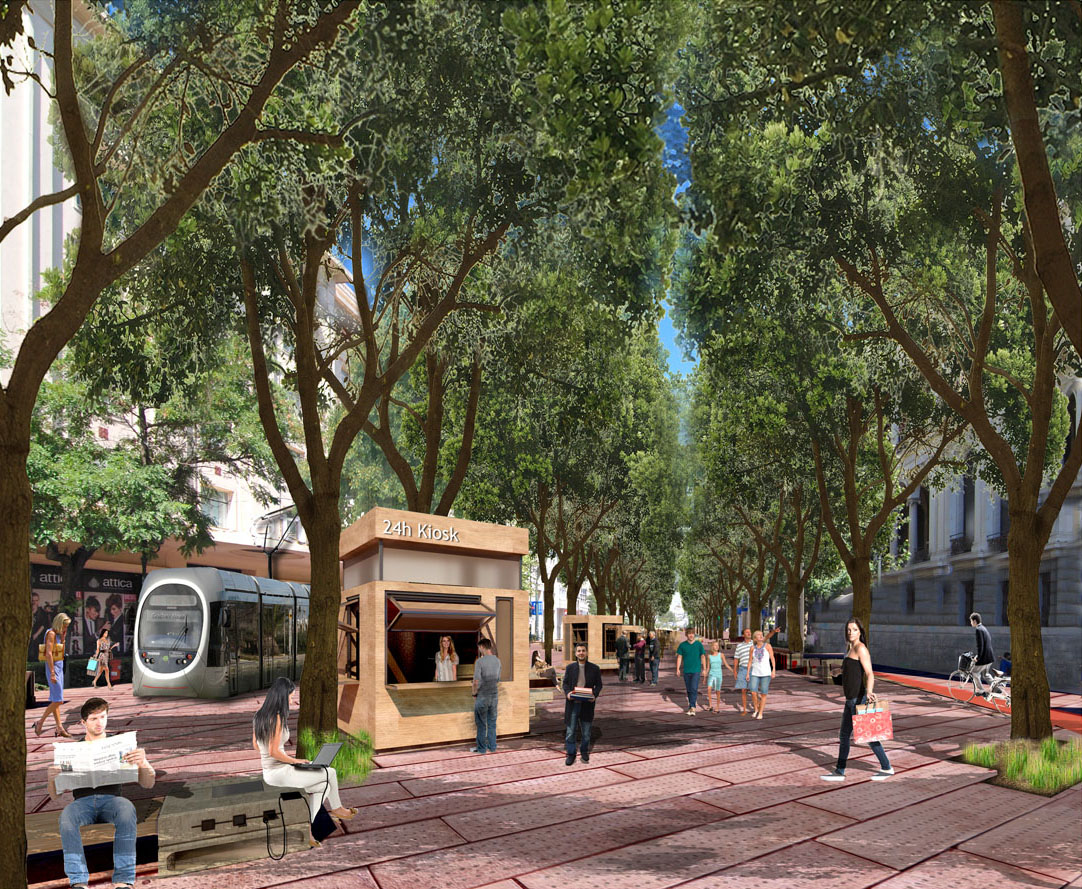 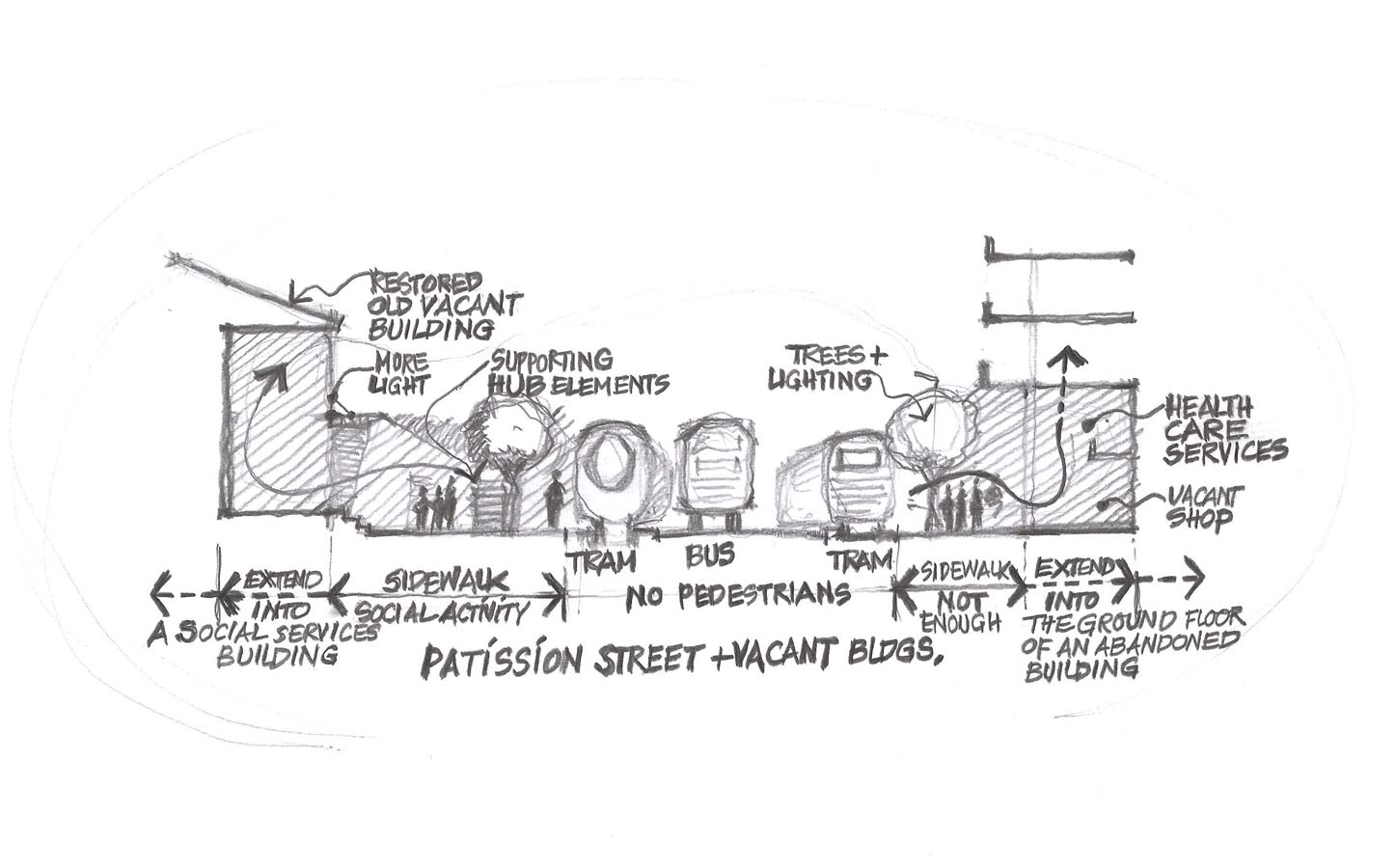 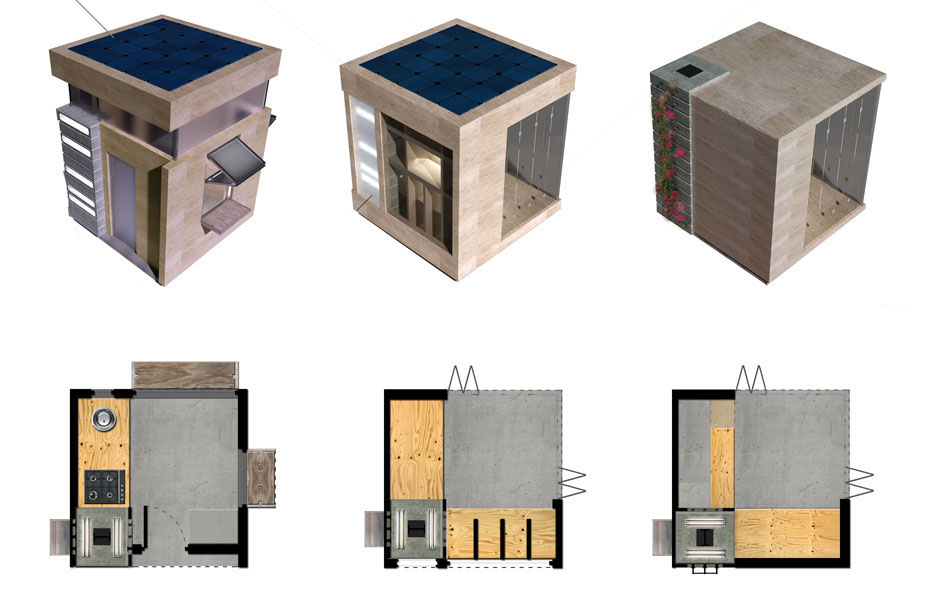 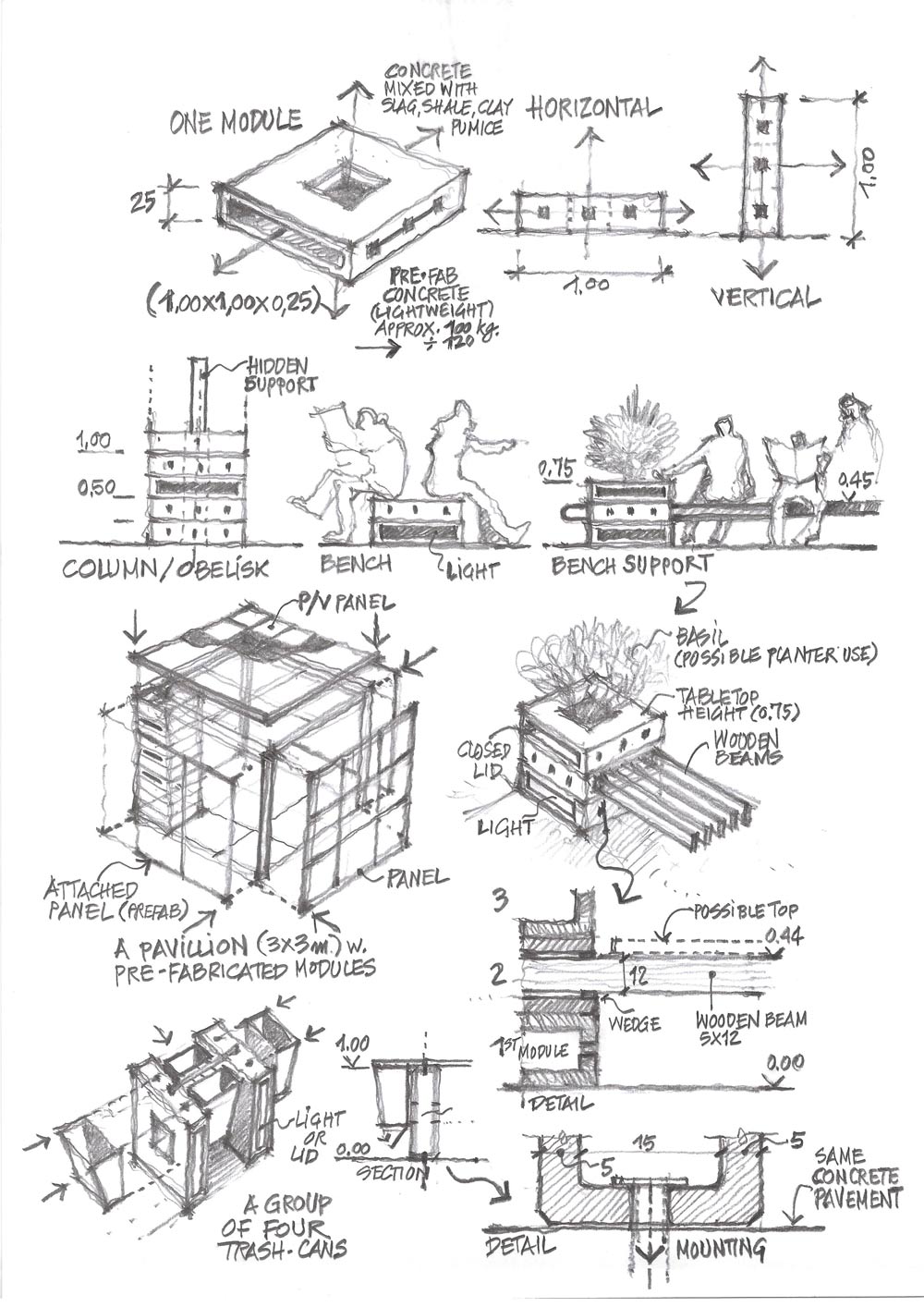 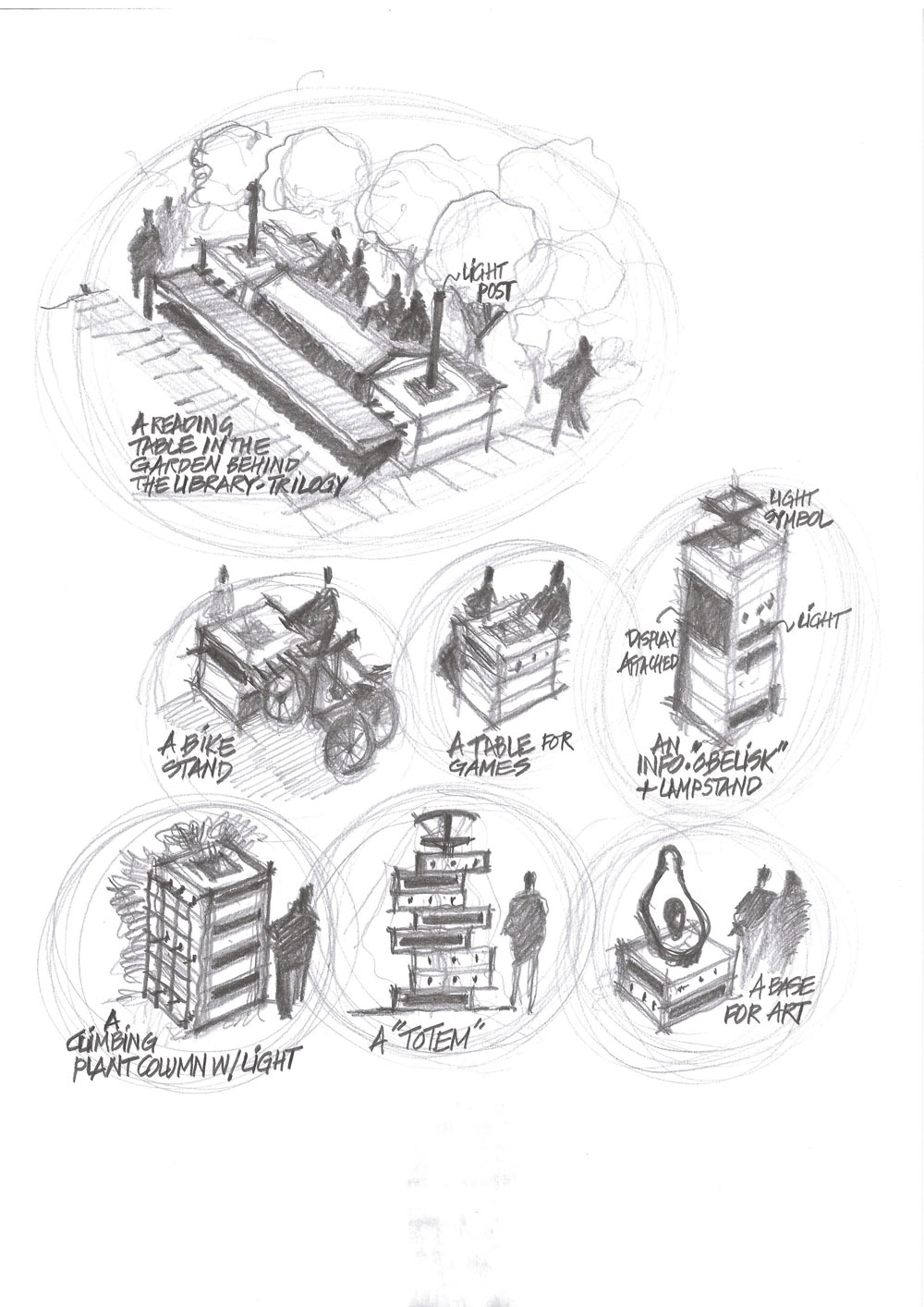 Different activities and people, different parts of the city and its history tangle with each other, on and around Panepistimiou linear axis. The concept of the ATHens METropolitan HUB proposal is to boost this function; to strengthen the street’s interconnecting character and to turn the street into a public space that gathers people from around the city and in the same time amplifies the flow of people and information, throughout itself and the city, becoming a metropolitan hub with a highly recognized architectural identity. Three parallel strategies are aimigng to form the main concept of this proposal: Uncover, Restore, Flourish. Uncover the hidden potential of the existing urban elements. Restore, the public spaces and important buildings towards a new integration of their archetypical value. Flourish in multiple scales through new views, new structures and actual green (trees and climbing plants). The creation of ATH MET HUB is conceived in order to introduce an architectural continuous identity, by the means of landmark points, urban furnishing, materials and structures, to generate new spatial perceptions highlighting places for gathering, social life, leisure and culture, revealing the historical layering of Athens and creating sustainable conditions that promote a humane and livable environment.